Emerald, blue waters. That’s the colour of Capri island’s waters, even though words cannot quite describe their beauty.

What’s the cause of such a unique shade? That’s not an easy question to answer. But we can try anyway, starting from one of the main features that Capri shares with Greece’s renowned island: geology.

Unlike the other islands of the gulf of Naples, Capri is not a volcanic island. It originated from the same tectonic plate that formed the Sorrentine Peninsula, of which the Capri is an extension.

Capri is basically made of limestone and dolomite. It looks like a big chunk of rock emerging straight from the seas. There are no sandy shores. The only two accessible shores are made of pebbles. The large majority of beach clubs and pubic shores are carved out into the rocks.

The almost total absence of sand gives the island’s sea its unique colour. Something for which Capri is greatly renowned all around the world.

There is another way in which geology contributes to the island’s reputation.

Limestone and dolomite are easily eroded. The effect of such erosion is the many caves and caverns dotting Capri’s coastline. The most famous one is the Blue Grotto, a natural cavern whose iridescent blue color is caused by the very unique reflection of the sunlight passing through an underwater cavity. 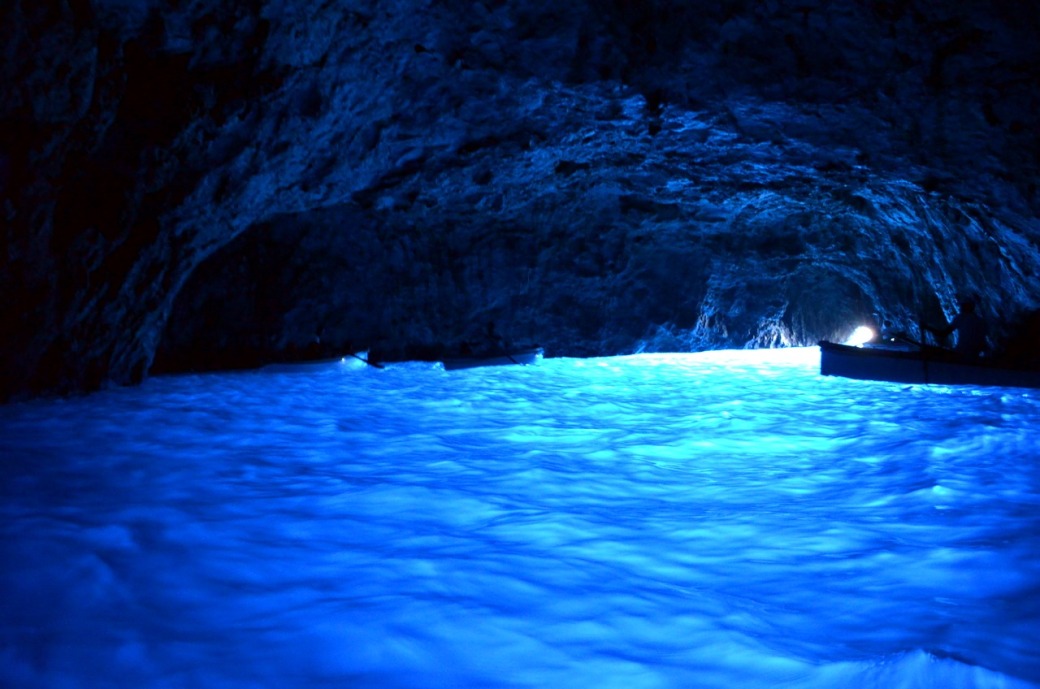 But there are more caves and cavern to visit and discover, like the Green Grotto and the majestic White Grotto. All you need to do is book a holiday and take a boat tour of the island!!!